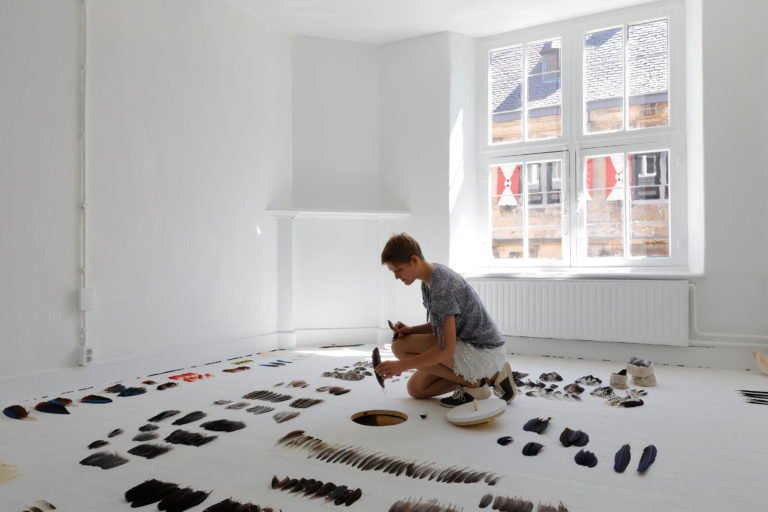 This work explores the fascinating & curious characteristics of various feathers. As with many of Gromoll’s works the foundation stems from a large collection which is displayed on the second floor. Connected through only a hole in the ceiling, the underlying room is the stage for a brief 5 minute performance.

A selection of feathers is intuitively chosen and released to the lower room. Detached from their natural purpose to serve flight, the feathers are now able to show their own unique personality. As they dance down from the ceiling a magnificent and ethereal play reveals itself. The feathers’ descent is guided by what once was its natural function, its remaining form as a separated entity in combination with what seems like the will to express its newfound identity.

Eventually this play comes to conclusion as an image on the floor shaped by the chosen feathers and their paths. 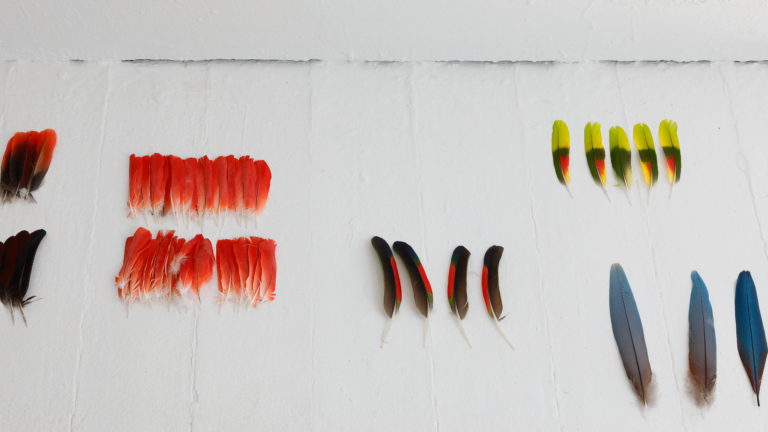 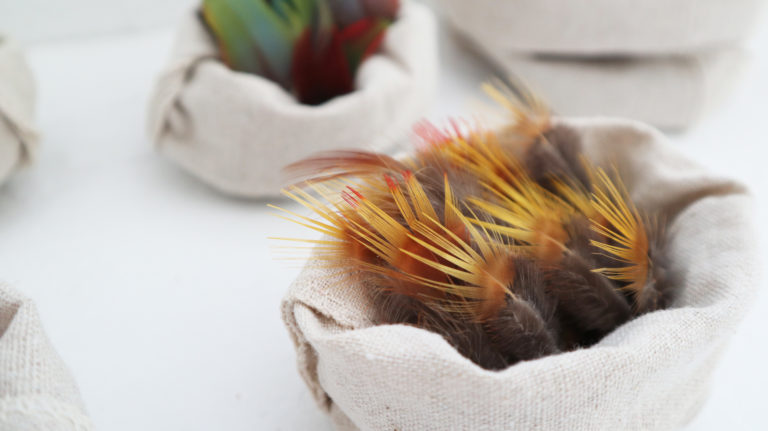 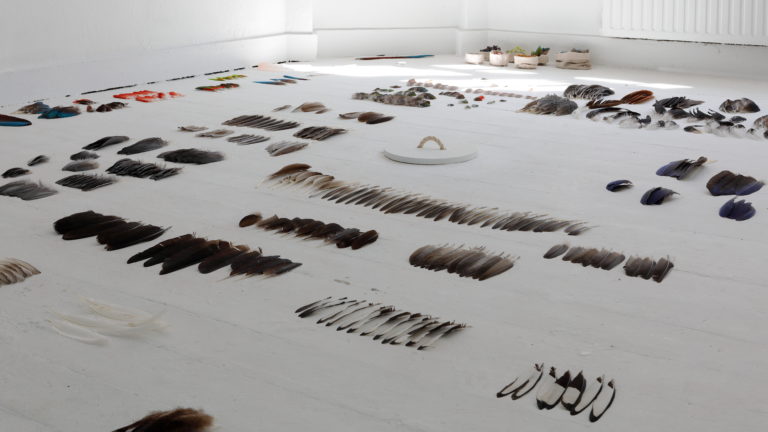 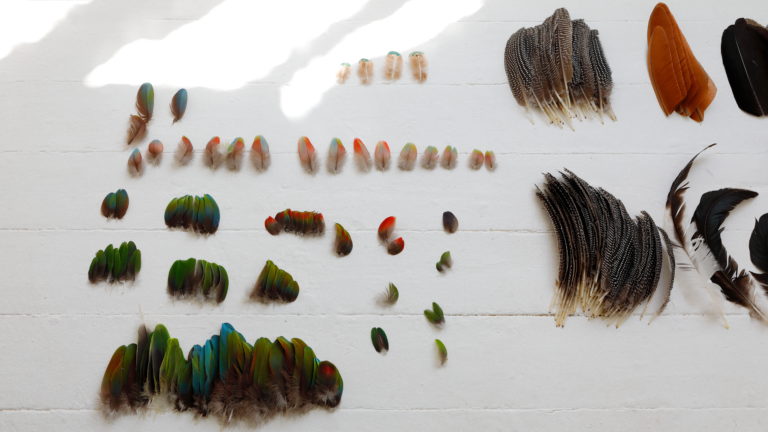 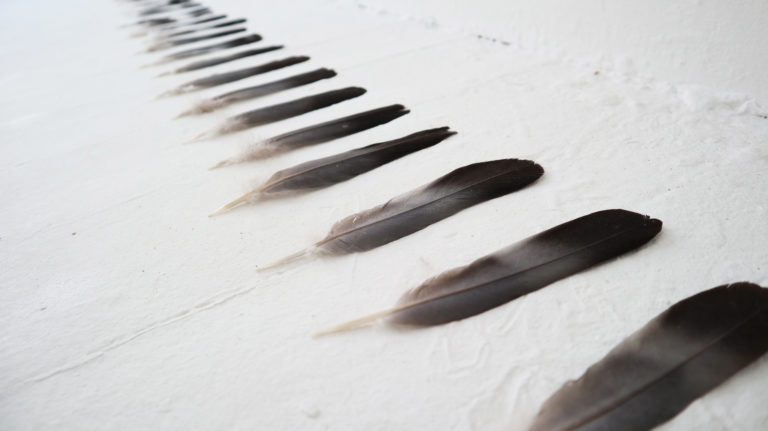